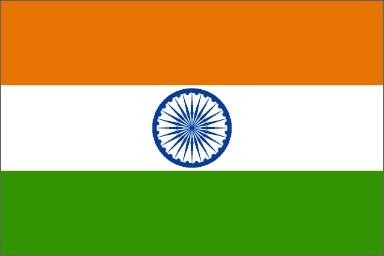 The booming interest in food supplements in India will translate into a market worth 107.7 billion rupees (€1.84bn) in 2016 – nearly triple 2009 levels, according to researcher Frost and Sullivan.

Vitamin charity Vitamin Angels and DSM’s Sight and Life are addressing vitamin A deficiency in Indian children by establishing a sustainable supply and distribution system promoting “local ownership” of the deficiency problem.

Demand for convenience and ready-to-eat food in India will explode over the next five years as a major shift in food-purchasing habits by the growing numbers of middle-class city dwellers takes hold, according to new research.

Ingredients supplier Beneo is to present its naturally-derived low glycaemic functional carbohydrate isomaltulose at a health conference in Mumbai, India later this week.

France and India have hailed the “strategic importance” of the Asian country’s food processing and agricultural sectors as they unveiled plans to achieve bilateral trade reaching €12bn by 2012.

The Indian confectionery market witnessed the launch of over 200 products in various categories last year, thus ranked, according to Datamonitor, in the top 20 in terms of global new product launches in 2009.

The Korean functional food market hinges on obtaining the nation’s precious ingredient claim approval, but breaking that barrier opens the floodgates to huge market potential, according to an industry expert.

A cranberry ingredient from US firm Proprietary Nutritionals Inc (PNI) can be supported by a health claim in the Korean market, after the nation’s regulator approved a claim linking it to urinary tract health.

The Indian joint venture between Yakult and Danone established in 2005 to bring Yakult probiotic drinks to the Indian market is expanding with Bangalore targeted as the point of entry for southern markets.

Direct foreign investment in the Indian food processing industry rocketed 175 per cent during 2009-10 to reach $279.33m and now plays an important role in developing the sector, according to the national government.

Nestlé chocolate products recorded double-digit growth in emerging markets, driven partly by the performance of the lowest priced products in its portfolio, said the group as it posted gains of 7.5 per cent in net profit for the first six months of the...

India opens up Isomalt use for more foods

The Indian Ministry of Health has approved the use of Beneo’s low GI Isomalt sweetener in a raft of new food categories, including Indian sweets and more Western-style foods.

Seasonings and flavorings firm McCormick has signed an agreement to purchase a 26 percent share in Eastern Condiments Private Limited, an India-based spice and seasoning business, the company has said.

Around US$30bn worth of investment is needed to “revolutionise” India’s food processing sector to boost the volume of processed products to 10 per cent of overall output by 2015, according to a new report.

Stevia supplier GLG Life Tech has announced that it is looking to develop agricultural and extraction facilities for stevia in India, as well as market its stevia extracts in the nation.

India has put off the commercial cultivation of a GM aubergine due to safety concerns, despite getting the go-ahead from government scientists last year.

Indian probiotics market to quadruple by 2015

India’s probiotics market has been highlighted by researcher Frost & Sullivan as a “major growth market of the future”, with annual growth of 22.6 per cent until 2015.

Tapping into the health and wellness trend, Cadbury is targeting the youth market in India with an energy glucose containing chocolate wafer bar.

The Indian Government has unveiled proposals to double the size of its food processing industry within the next five years by increasing funding and improving technology and infrastructure in the sector.

Joint ventures in food processing and food retailing are planned by the Netherlands in India’s eastern and north-eastern states - providing it can find partners able to comply with international safety standards, according to the publication Business...

The Indian beer market has enormous potential according to a company trying to raise £4.5m to finance an expansion in the country.

The signing of a free trade deal between the EU and Korea has been hailed by the food and beverage industry, as it will unlock new market access for the sector. 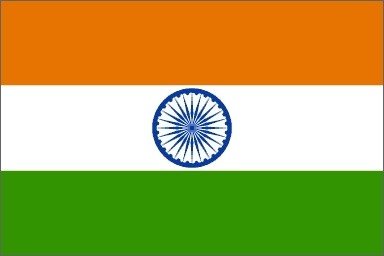 India’s nutritional supplement market is set to boom over the next few years, with some analysts predicting it will double in value by 2013.

A shortfall of 10m tons of cold storage facilities for agriculture produce is holding back the nation’s food industry including its rapidly developing food processing sector, according to a new report from financial specialists KPMG and Assocham; the...

Formulation of a separate policy for food processing and a targeted R&D programme to boost processing and packaging technologies are two of the latest proposals unveiled by the Indian government for the sector.

US pharmaceutical firm Abbott has made a significant push in the Indian nutrition market, following its acquisition this week of some of the nation’s leading infant and adult nutrition brands.

Despite low levels of public awareness compared to western markets, functional foods and ingredients are finding growth in areas of India, as consumers switch on to the promise of healthier foods, beverages and supplements.

India’s food processing sector is poised for significant growth, according to management consultants A T Kearney.

Scotch whisky makers see trade talks taking place next month between Korea and the EU as another major step in its continued attempts to develop further into Asia’s spirit markets.

The Indian National Bank for Rural and Agriculture Development (Nabard) is forming a farmers’ club to promote the cultivation of noni, according to reports.

Swiss firm Barry Callebaut is continuing its strategy for growth in emerging markets with the opening of its first chocolate academy in India.

The production of stable, cross-linked hydrogels could be possible
by using the well-known Indian herbal genipin, suggest Indian
researchers.

Ingredients company Danisco is responding to growing markets in
India with the opening of two new manufacturing units focusing on
functional systems and enzymes.

In response to rising demand in the chocolate industry and reduce
dependency on imports, Indian cocoa producers have said they will
increase domestic cocoa production by 60 per cent in the next four
years.

Institut Rosell-Lallemand has teamed up with Ranbaxy and Aristo
Pharmaceuticals to distribute supplements based on a probiotic
bacteria, which will see it become available in the massive Indian
market for Irritable Bowel Syndrome.

There is great potential for Western chocolate manufacturers in
China, India and Japan, despite the relatively small size of the
markets in these countries, according to a new report.

The Indian ministry of commerce is taking steps to help its vanilla
farmers following a dip in world demand for the natural
flavour.

Australia must enter into a trade agreement with Korea or face
losing 12.5 per cent of its food and agricultural exports to the
US, a new report warns.

Korean production of wheat and corn is set to decline as the
country's food industry turns increasingly to imported materials
for its needs, says a new report.

South Korea and the US have finally come to an agreement over free
trade talks just hours before a deadline to fast track the measures
was set to expire.

South Korea's assistant agriculture trade minister is confident
that a proposed free trade agreement between the country and the US
will go ahead, despite further disagreements over agricultural
issues relating to the deal.

Two Korean companies, Eugene Science and RexGene Biotech, have
entered into a contract to develop, produce and market a new
supplement containing Eugene Science's proprietary
cholesterol-lowering ingredient CZ in their own country...

South Korean snack and fast food makers are considering reducing or
even eliminating the use of trans fats by the end of 2008,
according to a report.

South Korea has begun to recall tons of agricultural produce grown
on land near disused mines, after a survey found high levels of
lead and cadmium contamination.