Fonterra has insisted that the New Zealand-based dairy is 100 per cent confident in its products as one of its Chinese customers faces an investigation into tainted milk claims.

Danone has agreed to sell its stake in China Huiyuan Juice Group for significantly less than what Coca-Cola offered before its acquisition bid was blocked last year by Chinese competition authorities.

Vietnamese soft drinks consumption has held up in the face of the global recession with growth levels higher even than neighbouring China, according to new market research.

Childhood obesity set to be driver in Chinese bakery market

Increasing obesity in children in China will stimulate demand for healthier bakery and cereal products, claims Datamonitor in a new report that shows that China ranks fourth in new bakery product launches in the global market in 2009.

More melamine tainted dairy materials have been seized by Chinese food safety authorities, raising suspicions that it may be from the same batch that should have been destroyed following the 2008 scandal.

Asian dairies have made the biggest gains in a list of the top-20 dairy companies compiled by Rabobank.

PepsiCo plans to invest $2.5bn over the next three years in China as the company turns towards the less developed central and western areas of the country for growth opportunities.

The World Bank is to lend China $100m in a bid to improve food safety in the country as it recognised the government had made food safety a top priority.

Lonza has confirmed that its planned vitamin B3 production expansion will occur in China, where the firm expects a double digit surge in demand for the ingredient in coming years.

Chinese potato starch producer China Essence is ramping up capacity with the construction of two new facilities, expected to be completed this autumn.

Products such as confectionery, biscuits and juice products are experiencing double-digit growth in China with this consumer demand fuelling an increase in the country’s sugar imports, according to a USDA report.

Excessive intakes of the flavour enhancer MSG are not associated with weight gain, according to new data from China that challenges previous claims.

Pulverised lime is being added to bleaching agents used in Chinese flour in a bid to cut production costs and boost profits, China state media has reported this week.

A Chinese man has been arrested on suspicion of poisoning frozen dumplings in Japan two years ago.

Cargill has opened a new flavour facility in China, which is expected to enable it to better address regional demand and taste in Asia in a timely fashion.

China has said its aim this year on food safety is to avoid any major contamination crises as it continues to struggle to impose national standards on food producers and processors.

China is launching a new national food safety drive following a wave of recent damaging revelations over melamine-tainted milk products in the country.

China could overtake the United States as the world’s biggest grocery market within five years, according to market research organization IGD.

Chinese authorities have closed two dairies in the northern region of Ningxia following the discovery of a further 170 tonnes of melamine tainted milk powder, according to media reports.

Fonterra is planning to build two new dairy farms in China as the company struggles to keep up with increasing demand.

Emerging markets continue to attract both food processors and equipment suppliers, with AMF Bakery Systems, a leading supplier of bakery equipment in North America, recently expanding its footprint in the Asia Pacific region.

A leading food analyst has warned that the latest Chinese melamine scandal will set back the local dairy industry at least two years.

Japan’s Ministry of Health, Labour and Welfare (MHLW) has signaled its intention to blacklist 125 nutrients including forms of glucosamine, aloe vera and krill because it says they are not being used in products, according to the US Department of Agriculture...

A leading food analyst has warned that the latest Chinese melamine scandal could have a major impact on global trade in food ingredients.

Employees from a Chinese dairy company have been taken into police custody on suspicion of selling tonnes of melamine-tainted milk powder.

The European Food Safety Authority (EFSA) has signed a co-operation agreement with its Japanese counterpart as part of a strategy to boost its knowledge pool and ability to track food across the globe.

The Chinese food market is poised for a new growth spurt, according Leatherhead, despite some slowdown in runaway rates as the recession took hold.

Burgeoning demand for flavours from Chinese food manufacturers has led to rapid growth in the last decade and encouraged more foreign firms to set up operations there, says Leatherhead.

The strong trend toward natural products is unlikely to encroach significantly on the market for artificial sweeteners, according to sucralose manufacturer JK Sucralose.

JK Sucralose has announced that it intends to expand capacity at its Jiangsu, China plant to 4,000 metric tonnes by 2020, confident that the market is set to skyrocket.

Sweetener company PureCircle has raised $67.18m through share placing to invest in the development of its natural sweetener products made from stevia leaves.

Chinese supplier Fenchem said its new collagen peptide extracted from fish scales, an ingredient used in the joint health food and drinks market in Japan, is aimed at food and supplement manufacturers in the US and Europe.

DSM has said that it intends to look for new partners in China for its nutritional products and anti-infectives, after its contracts with North China Pharmaceutical Group Corporation (NCPC) were suspended.

Danone splits from Wahaha; not talking to Mead

Danone’s troubled relationship with China’s Wahaha looks finally to be at an end; and rumours of a new deal with Mead Johnson over baby food are flatly denied.

Fenchem says its entry into the probiotics market is prompted by global growth in demand for probiotic products in North America and Europe.

China’s State Food and Drug Administration has launched a new food safety reporting system which it has offered for public consultation.

Low-salt foods may get taste boost from Japanese fish stock

A dried stock made from the fish and seaweed may improve the palatability of reduced-salt products, suggests new research.

Trust and cooperation with Chinese authorities 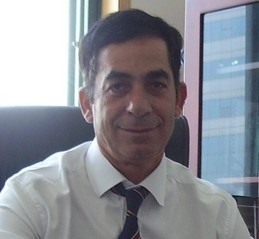 Managing in China: Part One

The different language, culture and regulatory set-up may make running an ingredients company in China a daunting proposition for Western executives. But Yossi Gohary, general manager of Solbar Ningbo, says it’s all about cultural compromise.

Chinese flower may be anti-browning ingredient

Extracts from the Asian plant Osmanthus fragrans may prevent browning of foods, and offer an alternative to formulators looking to tap the ‘natural’ wave.

Pure Circle, supplier of stevia-derived Reb A, is expecting to report a 420 per cent increase in profit in its full year results due to good reception for the first products launched in the US.

Beverage and food giant PepsiCo has pledged to invest $1bn in China and has opened its first eco-friendly plant in the western city of Chongqing.